Running and jogging are forms of aerobic exercise that offer a wealth of health benefits. Aerobic (oxygen) forms of exercise refer to physical activity that produces energy by combining oxygen with blood glucose or body fat.

Both jogging and running provide a wealth of health benefits to the body from improving cardiovascular fitness and strengthening muscles to helping build strong bones, maintaining a healthy weight, and improving your overall mood.

The difference between running and jogging is intensity. Running is faster than jogging and demands more effort from the heart, lungs, and muscles. It also, therefore, burns more calories. Running requires a higher level of overall fitness than jogging. 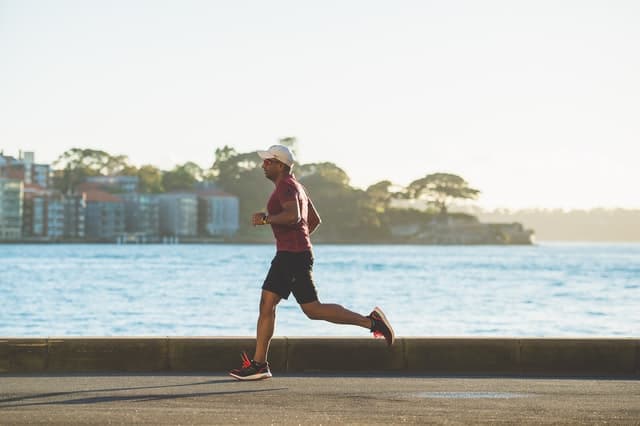 Both jogging and running provide a wealth of health benefits to the body.

Running is an excellent way of keeping the cardiovascular system in a good condition. As mentioned earlier, running is an aerobic exercise that uses fatty acids and carbohydrates for energy. Runners usually have a slow resting heart rate and high absorption of oxygen.

Studies have shown that runners have more defined, thicker left ventricles in their hearts compared to sedentary people (2). A runner’s heart pumps a larger volume of blood per heartbeat and is more efficient than those of sedentary people. Running has also proved to lower the risk of heart disease and coronary complications that can lead to death.

Running is known to improve moods and general wellbeing. A “runner’s high” is a common condition that is caused by the rush of feel-good hormones called endocannabinoids during and after a run.

A study published in the Medicine and Science in Sports and Exercise Journal (3) showed that gentle exercise such as walking on a treadmill for half an hour a day could instantly uplift moods and promote general health and wellbeing.

The study showed that people who ran had a 50% less chance of suffering from knee osteoarthritis compared to those who just walked. As explained by an exercise physiologist, “every time the foot lands on the ground when running, the bones and cartilage are stressed, just like the muscles.

This causes them to spring back stronger, which is a benefit for the runner. Low-impact exercises such as walking, elliptical workouts or swimming do not provide the individual with this benefit.” 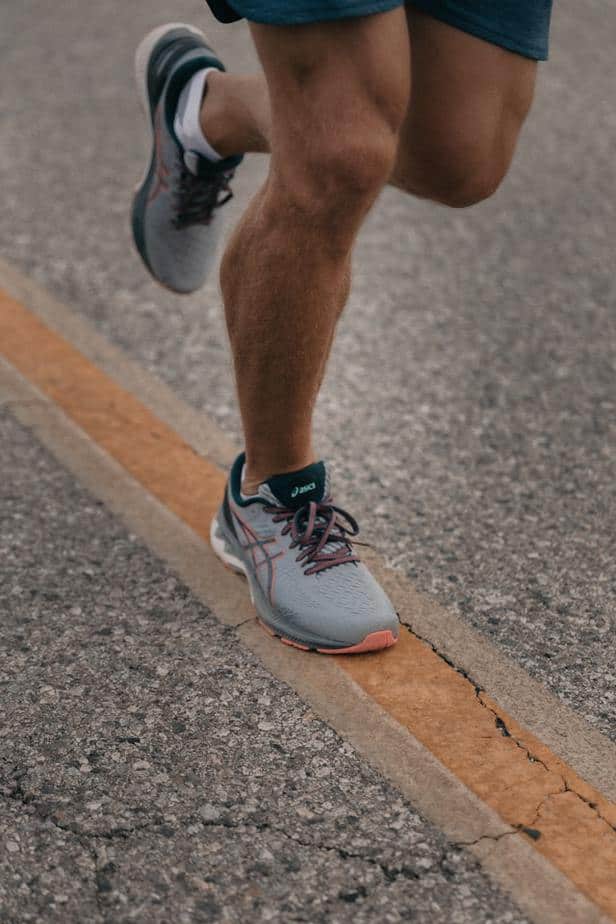 Running helps strengthen bones and cartilage and reduces the risk of osteoarthritis.

Running is a fantastic way to lose or maintain weight. According to The American Council on Exercise (4), the average person weighing in at 120 pounds burns around 11.4 calories every minute while running a 10-minute mile on flat terrain.

Of course, the number of calories increases or decreases according to the weight of a runner, the terrain they are running on, and the weather – running into the wind can burn twice as many calories as running on a windless day.

The body’s largest muscles are in the legs and the legs are at the core of running, giving all the muscles an excellent workout. All the muscles, including the inner and the outer thighs, the gluteus maximus, the quads, the hamstrings, and the calves get worked out while running.

Running also works the abdominal muscles such as the erector spinae, obliques, and the transverse abdominis. These muscles stabilize the spine and handle the transfer of energy between the swinging arms and the legs.

Studies show that running engages the external obliques and other stabilizing muscles of the trunk located in the middle and the lower back, as published in Applied Physiology, Nutrition and Metabolism (2009) (5).

Running is calming and meditative and lowers stress and depression naturally. It stretches the body and is a great stress-reliever. Reducing stress is vitally important for maintaining a healthy heart and lowering the risk of strokes and heart attacks.

The release of endorphins or ‘feel-good’ hormones can also fight depression, promote the growth of new brain cells and develop a stronger sense of confidence, power, and security.

Further studies have shown that a 20- to 30- minute walk or run every day helps to alleviate stress and anxiety. Running can be seen as a form of meditation and can have the same effect as a mild tranquilizer on the body.

Running is a form of exercise that enables the production of feel-good hormones and helps with depression and anxiety. It is also a form of meditation, which helps to improve focus.

Running is a great energy booster (12). Running regularly can increase energy levels for healthy people and those suffering from medical conditions and chronic diseases. Studies have shown that energy levels for people who suffer from chronic fatigue syndrome (CFS) and other serious ailments can be significantly increased through running. 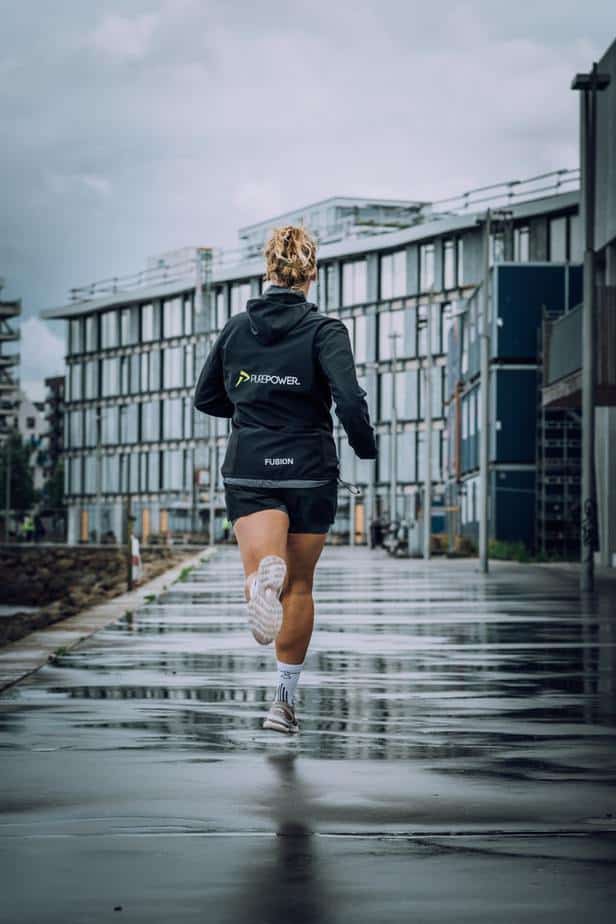 Running is a great energy booster.

11.  Reduces the Risk of Chronic Disease

The absence of regular exercise can cause an increase in belly fat, which is a predisposing factor that increases the risk of diabetes and heart disease. Regular physical exercise in the form of running can help one to maintain proper body weight which significantly lowers the risk of chronic diseases.

Oxidative stress caused by the breakdown of the body’s antioxidant defenses can affect the skin. Regular and moderate exercise such as running can help to increase the body’s production of natural antioxidants which help to protect the cells (17). Running can fuel blood flow and induce adaptations of the skin cells which help to delay the appearance of the aging of the skin (18).

Running can help to improve the functioning of the brain, memory and cognitive skills, and overall mental performance. Running increases the heart rate and subsequent blood flow to the brain. It can also induce the production of hormones that promote the growth of brain cells (19).

Running increases the blood flow to the brain and thus helps to boost the brain structurally and functionally. It also improves memory and learning functionality in older people.

Regular physical activity like running can help to improve sleep patterns and promote regular deep sleep. Quality sleep is essential for overall health as the body repairs itself when asleep. Aerobic exercise triggers a release of endorphins, chemicals that help also relieve pain or stress.

Running has been shown to increase self-esteem. A study called the Progressive Aerobic Cardiovascular Endurance Run was carried out on a group of adolescent girls and showed that those who ran more laps at a faster pace achieved higher PACER scores.

This consequently exhibited higher levels of self-esteem as well as better overall physical fitness. Overweight children who participated in various vigorous aerobic activities such as running developed an increase in their self-esteem.

According to a study published in the Journal of Neurobiology of Learning and Memory, systemic running improves the capacity to learn and retain new information passed to the brain. The study proved that running boosted the brain’s neurotransmitter known as catecholamine, which is highly associated with the brain’s cognitive functioning.

According to a study carried out by the British Journal of Sports Medicine, participants in the study showed increased levels of creative thinking after running. The study confirmed that there is a link between physical activities such as running and creative thinking.

Research shows that physical activities such as running can help relieve the symptoms of menopause. A scientific study carried out on women between the ages of 55 and 72 years showed that those who ran regularly showed fewer menopause symptoms compared to those who did not take part in regular exercise. 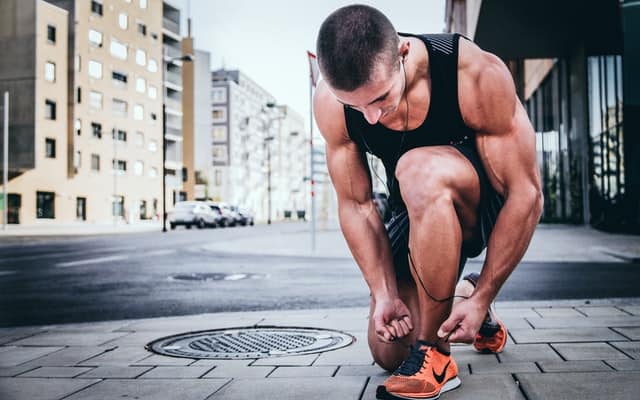 According to a study that was published in the ACM’s Health and Fitness Journal in 2013, exercising and particularly running is an effective treatment for depression. Observation studies have also suggested that active people are less likely to suffer from depression.

Running can trigger the immune system and ward off any lurking bacteria or viruses. Doing regular aerobic exercises like running at least times a week lowers the chances of upper tract respiratory infections by 43%.

Running improves balance and coordination and tones muscles. It works the whole body and helps to strengthen the core.

Running improves circulation and helps the heart to pump oxygenated blood to all parts of the body, move nutrients around for cell repair, and remove cell waste quickly and efficiently. A healthy circulatory system reduces the risk of embolisms, blockages caused by blood clots that typically form in the veins in the legs and travel to the heart and the lungs, which can be deadly. Improved circulation can also reduce the risk of strokes and other circulatory problems.

Running builds and strengthens muscles without putting any strain on the musculoskeletal structure and helps to target muscle groups that wouldn’t normally be used in other exercises. It also helps flex and stretch the muscles, which is great for people of all ages to fend off the stiffening effects of aging.

Ultimately, running may lengthen your lifespan. This form of exercise has a load of health benefits, all of which lead to a longer life.

Researchers at the Stanford University School of Medicine did a study that included following up with participants in a study about running’s influence on health after 21 years. The study showed that 85 percent of runners were still alive compared to just 66 percent of non-runners, suggesting a connection between running and longevity. 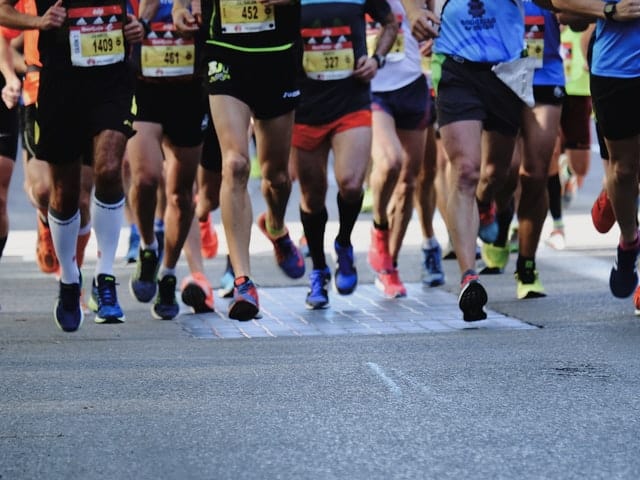 Running has a load of health benefits, all of which lead to a longer life.

Q. Is it healthy to run every day?

Running every day isn’t the best thing to do as it increases your risk of overuse injuries like stress fractures, shin splints, and muscle tears. Running three to five days a week is more than enough to exercise your body and to make sure you’re giving your body adequate time to rest and repair.

Q. Is it better to run in the morning or evening?

Q. How long does it take to see results from running?

If you are a beginner runner and you run three to five times a week, you should notice a change in your aerobic ability between the fourth and sixth week of your training program. The more experienced runner you are, the less you will “feel” the benefits from a long run since your aerobic system is already quite developed.

Q. Should I run on an empty stomach?

It’s recommended to eat before running to give your body enough energy to fuel itself while exercising. However, be careful not to overeat as this can leave you feeling unwell. If you prefer to run on an empty stomach, stick to light to moderate running.

Q. Should I drink water before running?

It is essential to drink water before, during, and after a run and it is just as important to drink water during this time as it is throughout the day. Try to drink at least 16 ounces (2 cups) of water at least two hours before you run. 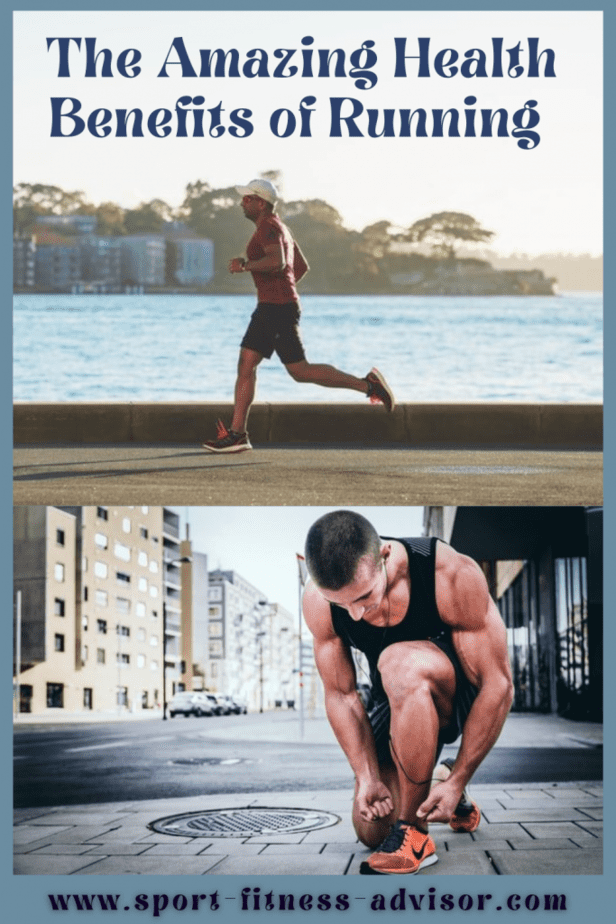 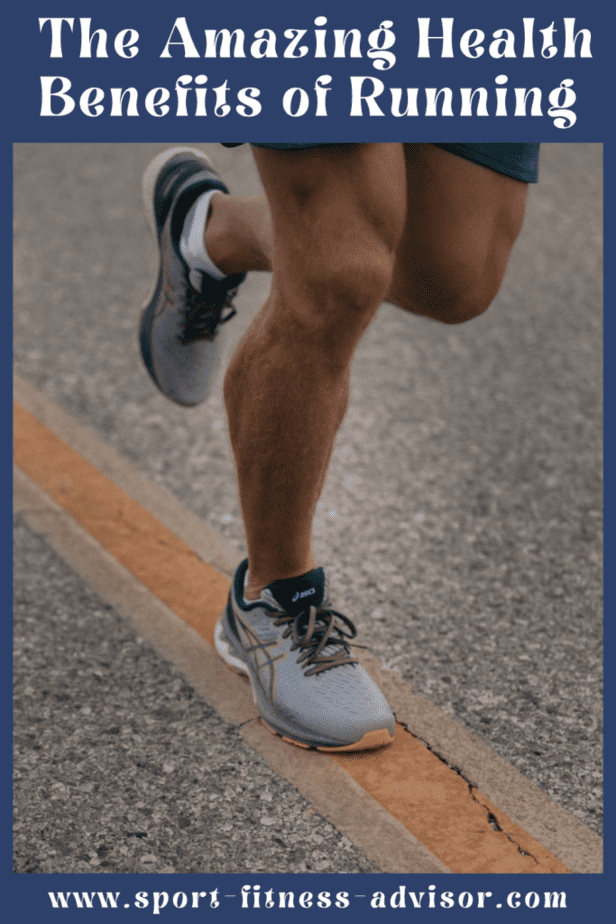