Basketball is a sport predicated on explosive power.

Whether you’re a guard looking to blow by your defender or a forward looking to become more reactive on the glass, there’s no facet of the game in which more speed and bounce won’t benefit you. 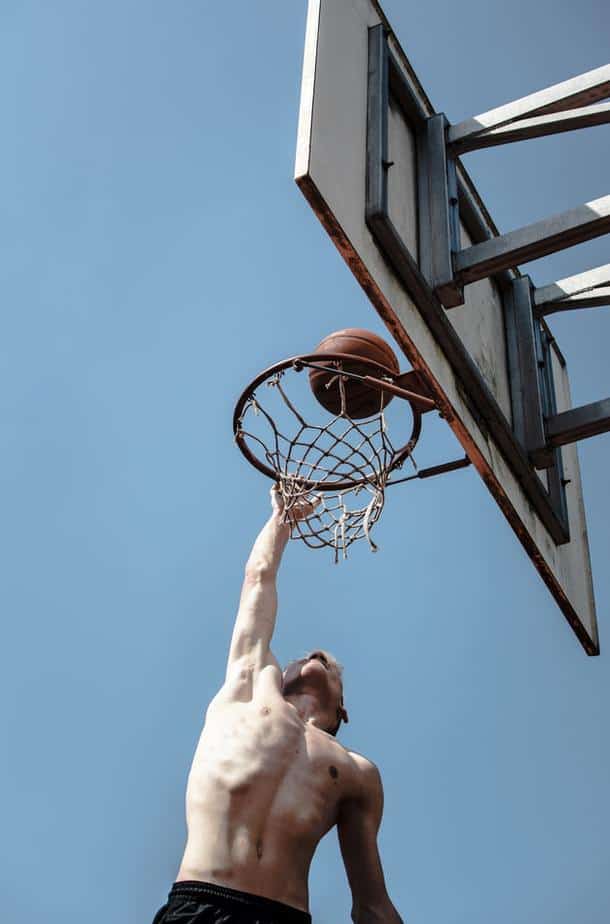 Basketball athletes are some of the most explosive power athletes on the planet.

Of course, some athletes are just naturally gifted when it comes to explosive ability, and others are… well, let’s just say that they better have their fundamentals down if they want to be competitive.

If you’re closer to the latter category than the former, don’t fret: in this article, we’ll be going over some of the best exercises you can incorporate into your explosive workouts to help you become a more dynamic player on the court.

There’s no guarantee that you’ll become the next Zion Williamson, but with dedicated training (as well as proper rest and nutrition), it is very much possible to develop a quicker first step and a higher vertical leap. And if you’re already athletic, why not stretch out that gap between your and your peers just a little bit more?

The fundamentals of jumping higher and running faster for basketball are actually quite simple. 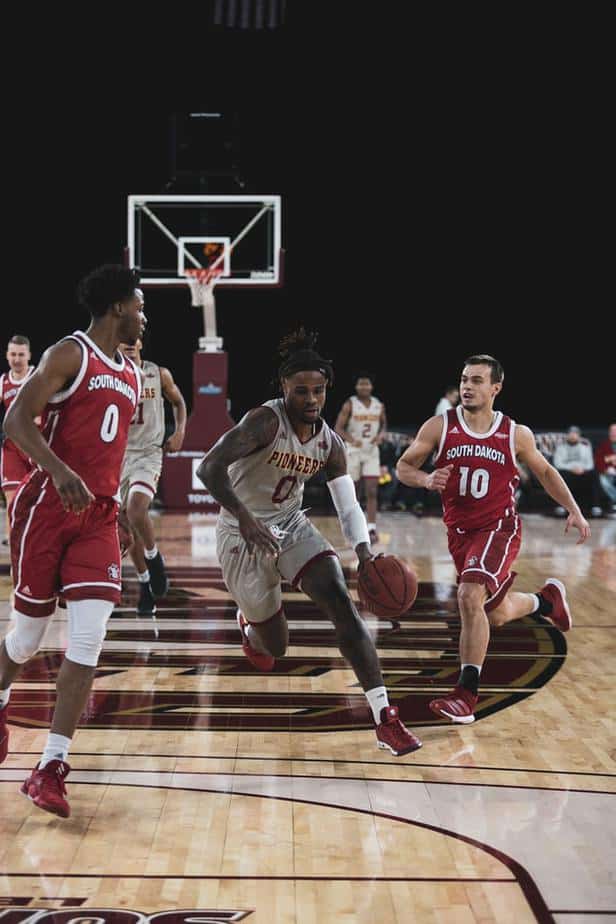 A basketball player driving towards the rim. An explosive first step is crucial for any guard hoping to beat their defender off the dribble.

Power, as a concept in physics, is defined as force multiplied by velocity. Translated to the realm of sports performance, power comes down to the amount of force you can produce with your leg muscles (i.e. strength) and the speed in which they can produce that force.

The takeaway is simple: improve both components of the power equation and you’ll become a more explosive athlete.

So without further ado, here are 7 of the best explosive workout exercises for a basketball player.

The trap bar deadlift is the holy grail of power training — at least according to speed coach Ryan Flaherty, whose resume includes working with top NFL prospects, tennis superstar Serena Williams, and US Olympic track and field athletes.

During his years of training elite power athletes, Flaherty found that a metric derived by dividing an athlete’s one-rep max trap bar deadlift by their bodyweight (which he calls the “Force Number”) almost perfectly predicted explosive ability as measured through vertical leap or 40-yard dash time.

Unlike a conventional deadlift, in which the higher starting position of the hips generally results in more posterior chain activation, the more squat-like starting position of the trap bar deadlift results in maximal recruitment of all your leg muscles. It’s the end-all-be-all for lower body strength — a single movement to quantify the amount of force your legs can produce. This doesn’t mean you should neglect your squats, but if you’re looking to zone in on one lift during your explosive workouts, make it the trap bar deadlift.

To perform it, set your feet roughly shoulder width apart in the middle of the trap bar. Then, reach down and grab the handles while keeping your spine neutral and hinging at both the hips and knees; this should naturally drop you into the optimal starting position. Finally, brace your core and perform the lift, focusing on maintaining a neutral spine and pushing your legs into the ground rather than pulling with your arms.

If you’re new to programming for strength training, check out our article on how to incorporate the trap bar deadlift into your explosive workouts.

Assuming that traditional squats are already a part of your workout regimen, the box squat is a variation that can be added to increase carry-over into explosive power on the court.

The box squat is exactly what it sounds like: a box is placed at around the level of depth you would normally squat to, allowing you to come to a dead stop before performing the concentric portion of the lift.

When performing this exercise, make sure to avoid the common mistake of allowing yourself to simply “sit” on the box; despite receiving support at the bottom of the squat, it’s important to still focus on maintaining core tightness and tension throughout the whole lift.

The box squat can be utilized in two different ways to build power. The first is to overload the weight way past your typical squat capacity, thereby allowing you to train your legs for maximal force output.

The second is as a tool to train speed in the concentric portion of the squat. By taking away the work necessary to resist the force pushing you down during the eccentric, you can instead focus your attention on pushing yourself up from the box as explosively as possible. This will effectively work on both aspects of the power equation (force x velocity) we talked about earlier.

If you want even more carry over to the court, you might want to consider setting the box to about quarter squat depth — or about the height to which you’d usually load up your legs before taking off for a two-footed jump. At this height, you can incorporate both heavy weights and a focus on an explosive concentric.

As a basketball player, you likely have a dominant leg when it comes to one-legged take-offs for layups or dunks. Over time, this can lead to imbalances in leg strength, which is problematic if you’re trying to improve your jumping ability off of two feet.

That’s where the Bulgarian split squat comes in handy. In addition to placing extra emphasis on your glutes compared to a traditional squat (a key source of power generation), the unilateral nature of this squat variation helps iron out muscle imbalances between your legs.

To perform it, set one foot elevated on a bench with your knee touching the floor. Place the other leg forward at a knee joint angle slightly greater than 90 degrees. Grab your dumbbells, brace your core and push up, focusing on driving your hips forward (rather than straight up or backwards) while maintaining an upright, neutral spine.

The power clean is a staple of every athlete’s explosive workout program, and for good reason: it’s the ultimate combination of both strength and speed, mimicking the “triple extension” (i.e. extension in the ankles, legs and hips) that’s seen in a power movement like the vertical jump.

The setup is similar to a conventional deadlift, but instead of merely pulling the bar to your hips, the power clean is a dynamic movement in which you’ll have to explosively lift the weight all the way up to a racked position on the front of your shoulders.

The power clean is a very technical lift that should be properly coached and only attempted if you already have a significant strength base in the squat and deadlift.

If you do, refer to our in-depth article on how to perform the power clean.

The kettlebell swing is a fantastic exercise for developing power in the hip extension, a crucial component of any explosive workout.

To perform it, place your feet slightly wider than shoulder width apart on both sides of the kettlebell. Sink your hips back while keeping your spine neutral and your shoulders in line with the kettlebell. Grab the kettlebell and swing it forward; make sure to focus on driving the movement with your hips rather than your arms.

Developed by Soviet track and field coach Yuri Berkhoshansky in the late 1960’s, the depth jump is a fundamental plyometric exercise that every power athlete should be doing.

It involves simply stepping off an elevated platform and jumping as quickly as you can upon impact.

In doing so, you’re training your muscles to absorb force in the eccentric loading phase of the movement (i.e. when you land on the ground) before powerfully converting that energy into a concentric contraction (i.e. when you jump). The period in between the eccentric and concentric phase of the movement is known as the “amortization phase”, or the stretch-shortening cycle. The depth jump trains you to reduce the length of the amortization phase, thus translating to more explosive power on the court.

The seated box jump is a variation of the box jump that involves taking off from a seated, rather than standing, position.

This eliminates the eccentric loading phase typical of a normal box jump, thereby training rate of force development during the concentric portion of the jump.

Because the point of emphasis for this exercise is concentric explosion, make sure you don’t commit the common mistake of swaying and slightly lifting the feet off the ground prior to jumping; this incorporates the eccentric portion of the jump, defeating the purpose of the drill.

There are many approaches for programming explosive workouts for basketball, with no one-glove-fits-all solution.

Some coaches preach the mantra that an athlete needs to be able to squat at least 1.5x their bodyweight before beginning plyometrics, but others think it’s overkill, especially if you start out small (e.g. a very low box height for depth jumps).

Some coaches like to block out their programs into strength and plyometric phases, while others prefer combining both types of exercises into single workouts.

In recent years, the latter approach has gained quite a bit of traction due to interest in the idea of “post-activation potentiation” (PAP), a fancy way of noting that subjecting our muscles to maximal or near-maximal resistance appears to “prime” them to produce higher rates of force immediately after.

In practice, then, workouts that attempt to capitalize on PAP with the goal of improving power — usually known as “complex training” — involve combining heavy compound lifts with plyometric exercises in supersets (i.e. performing the plyometric right after with minimal rest). While the literature regarding the efficacy of complex training is still fairly small, there have been several studies suggesting that it is effective in producing long-term gains in power.

Using the exercises covered in this article, a sample workout could look as follows:

Complex training can induce high levels of fatigue, so make sure you limit these training sessions to once or twice a week, especially if you’re pushing the intensity on the conditioning compound lift.

As with all training in the gym, progressive overload is key. Start off light and build your way up to higher intensities as you make your way through the training cycle. 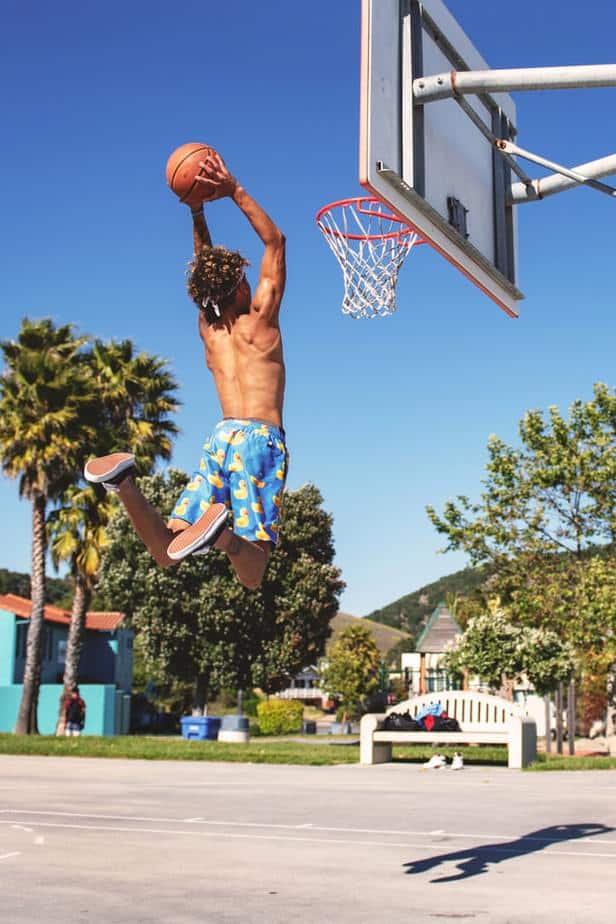 And there you have it: 7 of the best explosive workout exercises and some tips on how to program them!

This list of exercises is, of course, far from exhaustive, as is our recommendation for programming. There are so many more strength and plyometric exercises (as well as training styles) out there that will help you increase your explosive power, but if you’re looking for a foundation, this a great place to start. If you’re looking for even more tips, make sure to check out our comprehensive overview on plyometric training.

Now go out there and get bouncy! 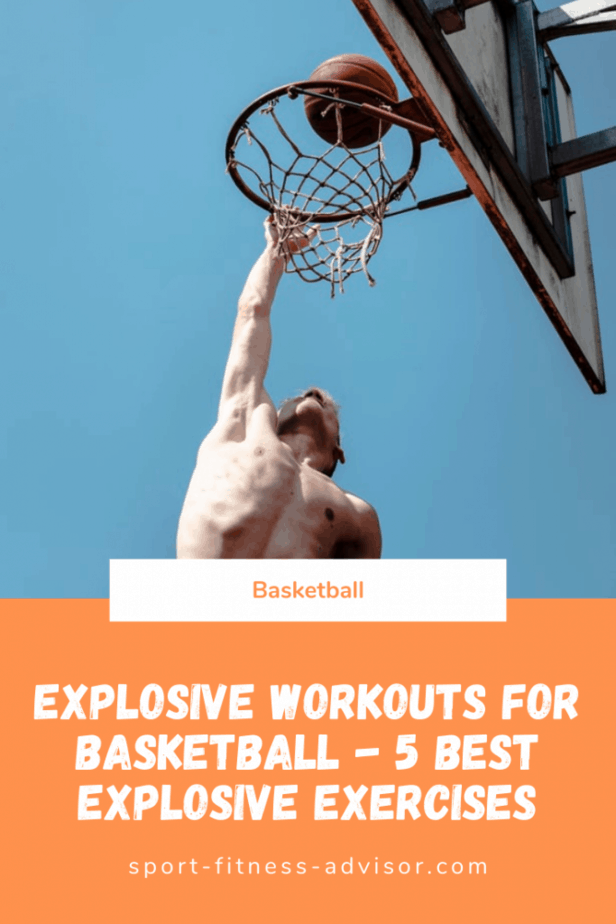 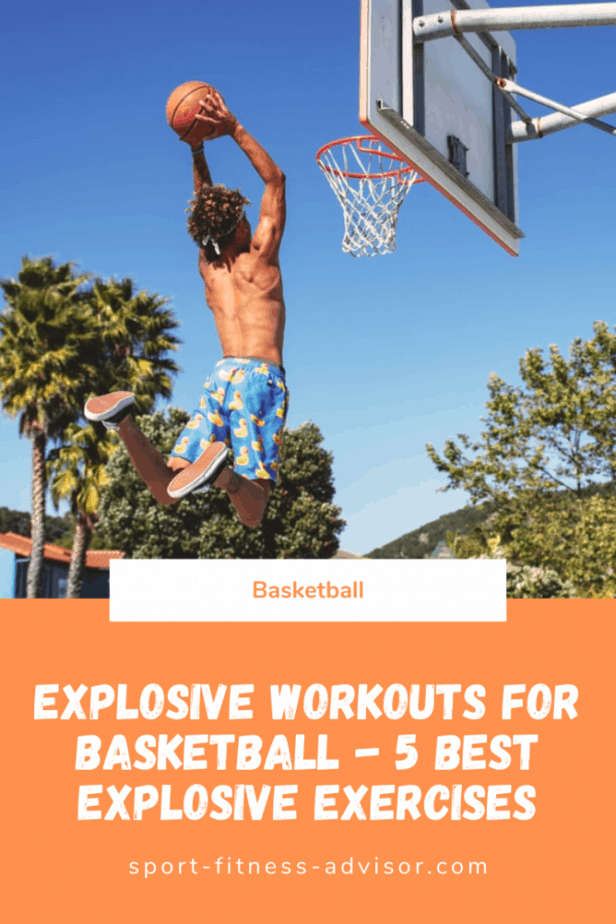