Taking exercise performance supplements is one of the quickest ways towards achieving your intended body physique- and in the case of creatine, lean muscle mass. But, there appear to be two conflicting schools of thought as to when is the appropriate time to take the supplement. Should you take it before or after a workout session?

Also, does it really matter when you take your creatine supplements, or is this a futile debate with no end?

According to research, there are potentially more benefits to taking creatine after a workout than before. It improves muscle strength and muscle mass when taken at this time. Still, taking it before training is equally beneficial, given that the body can process it fast for use during exercise.

But again, some argue that taking creatine during exercise also has its upsides. So, the million dollar question remains, Should you take Creatine before or after workout? Check out the sections below for an explicit elucidation of this query. 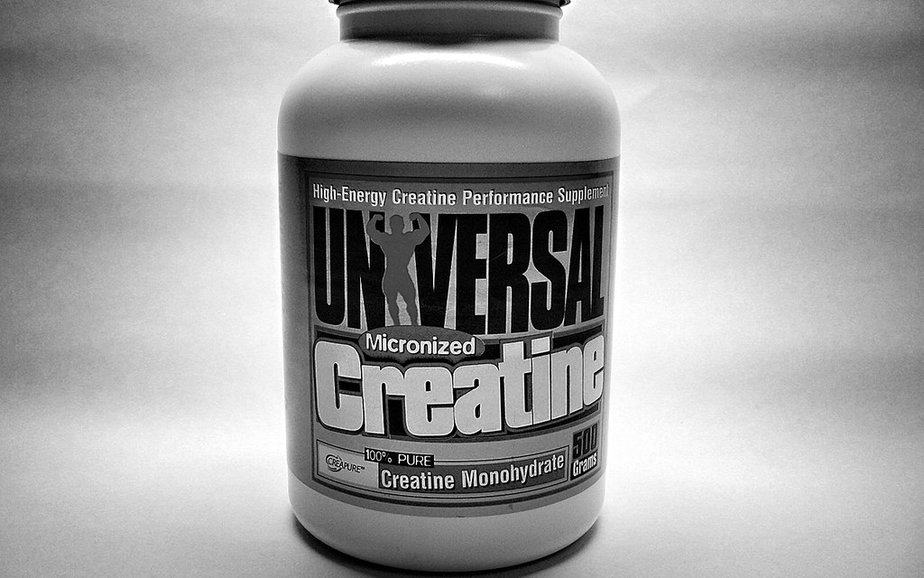 First things first, why should you take Creatine?

Creatine is a natural chemical in our body’s skeletal muscle cells. Hence, taking Creatine supplements only adds to the body’s reserves, and this has a load of health and performance-related benefits for bodybuilders.

Other significant benefits include boosting the strength gains in weight training programs by approximately 5 to 10 %, thanks to the efficiency of Creatine in cellular energy production. Thus, taking it before or after a workout session can go a long way in improving the body’s lean muscle mass.

What Science says on Creatine Timing 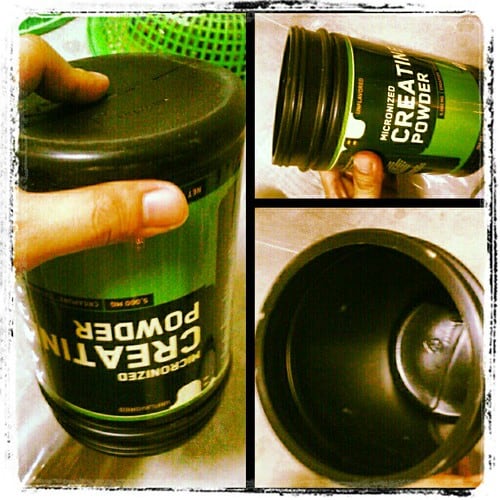 A load of studies indicates that there are actually more benefits of taking Creatine after a workout than before the exercise. For instance, an International Society of Sports Nutrition journal reports that taking Creatine after a resistance training workout causes a significant increase in lean body mass than consuming it before.

The findings of the above research are in agreement with those of a study in the Journal of Nutrition and Exercise. This study reveals that post-workout creatine is more effective in enhancing body composition by significantly reducing the body fat percentages of the subjects. On the flip side, the control subjects of this study (pre-workout creatine) experienced more inferior changes in body fat content. 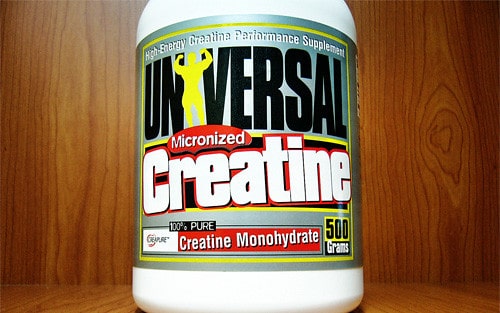 While the above studies point to increased benefits of taking Creatine post-exercise, a unique study in Canada suggested that the timing is inconsequential to the outcome.

In this study, both groups (post-workout creatine and pre-workout creatine) made significant gains in Leg press 1RMs and chest press. But, noteworthy is that none of the subjects had engaged in resistance training for approximately 16 weeks. Thus, they were bound to gain strength and muscle regardless of whether they took creatine.

Furthermore, the Pre-workout Creatine subjects had a higher overall calorie consumption than the post-workout Creatine group. This suggests that the higher food intake for the former subjects significantly contributed to the strength increases rather than the creatine uptake.

How about Intra-workout Creatine 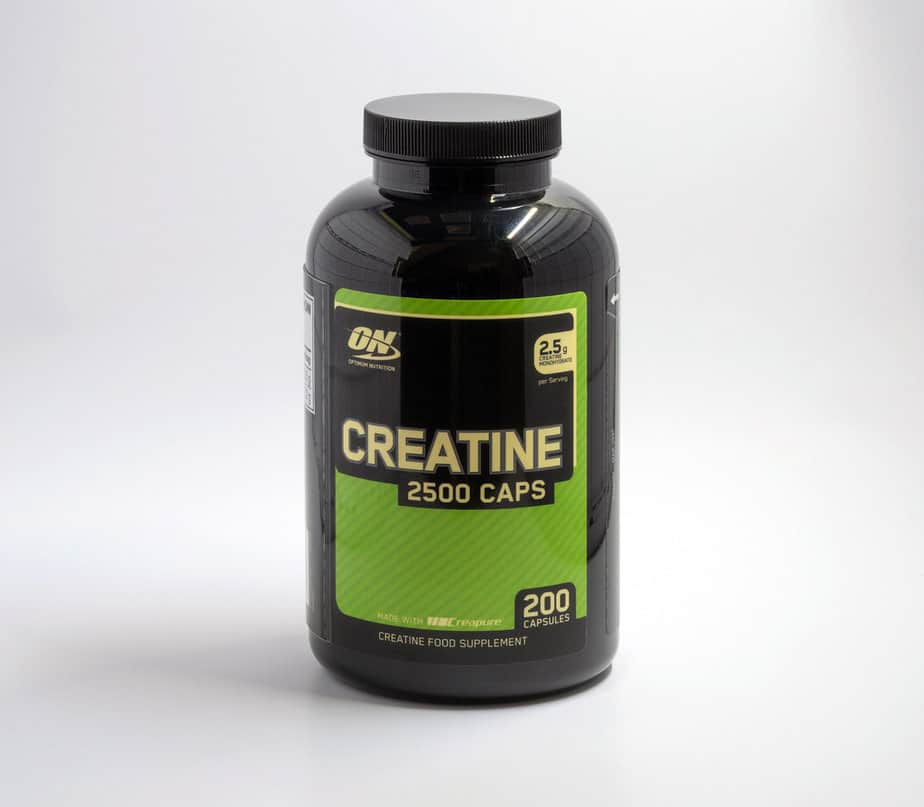 “Creatine” by Brett Jordan is licensed under CC BY 2.0.

Some bodybuilders believe in taking Creatine during the actual exercising process. Again, this has been found to be beneficial in regard to enhancing muscular strength and endurance.

So the question remains when is actually the best time to take creatine? From the above elaborations, it is apparent that the timing doesn’t matter a lot. Instead, it’s all about how consistently you take the supplement.

Hence, you may even consider taking Creatine during the non-training days, and it will also play a significant role in building lean muscle. When taken at such a time, the body will store the chemical for use during the next training session.

Why Take Creatine Before Workout 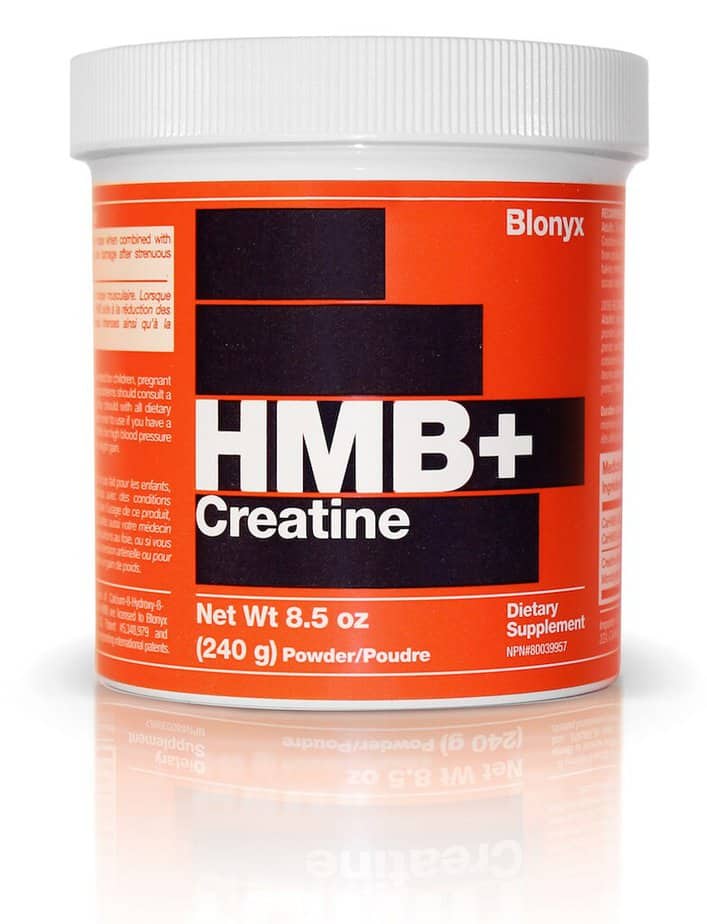 Primarily, the cardinal reason for taking the supplement before a workout is to replenish the creatine that is used up during the actual workout exercise. Remember, exercising depletes the body’s Creatine levels. Thus, if taken about 30 to 60 minutes before the session, the body can remain at peak creatine levels even during the exercise stage.

For the above reason, the supplement is a common ingredient in some popular pre-workout supplements. In addition, combining Creatine with caffeine pre-workout will yield greater power output during high-intensity training sessions than exercising without supplementing. 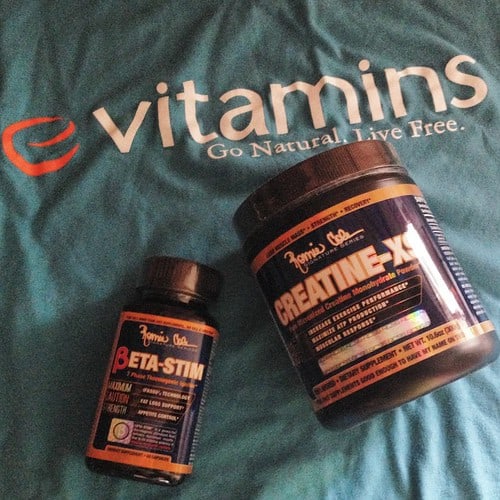 Some people have qualms about taking creatine with caffeine because the combination hinders the use of creatine by the body. Also, some believe that the two can lead to fatigue. Nonetheless, these claims are unsubstantiated, and a body of research has proven that taking the two instead boosts performance.

All in all, there is evidence of GI distress in some athletes after taking the supplement together with caffeine. Other possible side effects include bloating, nausea, diarrhea, and stomach cramping. Thus, the best thing is to test if you’re allergic to the combination, as a considerable number of athletes have reported the aforementioned side effects.

Besides, it is noteworthy that Pre-workout Creatine is most fruitful for resistance training workouts. But, you may not realize significant changes for high-intensity cardio exercises.

Also, avoid taking large doses of Creatine before a workout as they take longer to digest than smaller doses. On average, restrict your dosage to a maximum of 5g to enhance fast digestion and utilization during exercise.

Why Take Creatine After Workout 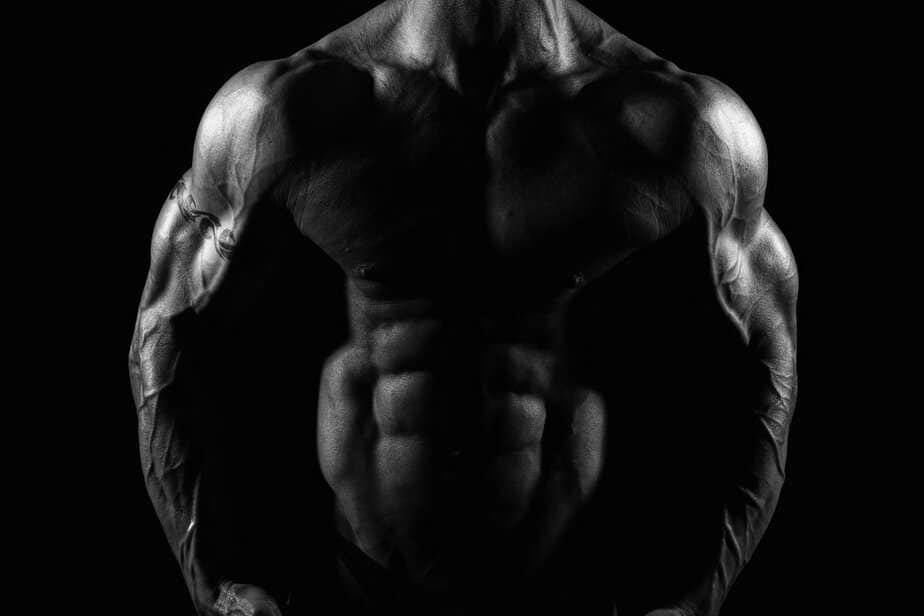 Earlier, we’ve elaborated that there are significantly more benefits to taking Creatine after a workout than before and during the exercise session. Among the key benefits includes enhancement of lean muscle mass and muscle strength.

Primarily, this occurs due to the skeletal muscle blood flow boost that results from restoring high volumes of Creatine to the trained body muscles. Hence, increased blood circulation and glycogen loss prompt the body to cells to replace those lost during the workout session.

Moreover, when you take creatine after a workout, you aid the body’s muscles’ recovery process. But note that taking creatine cannot on its own minimize muscle damage and boost recovery after resistance training. For the best Creatine recovery benefits, you should combine it with high carb or a high protein diet following a workout exercise.

1. Can You Take Creatine During A Workout?

We’ve already settled this debate by deducing that the best period to take Creatine is post-workout. Nonetheless, you may opt to take it during the workout session, and it’ll be as effective as if it were taken pre- or post-workout.

The best time to take the supplement pre-workout is about 30-60 minutes before. This allows enough time for the processing of Creatine in the digestive tract.

Those with reservations about taking it pre-workout primarily avoid doing so from the fear that it might cause muscle cramps and induce dehydration. Also, some believe that taking creatine pre-workout also predisposes them to injury.

Nevertheless, there is no evidence to back these beliefs, and the truth is you can take Creatine at any time as long as you take the right amount. Also, the general rule is that for best results, you must take the supplement consistently over a while and that the timing is not necessarily meaningful.

Therefore, if intra-workout Creatine sounds like an excellent idea for you, don’t hesitate to take it.

2. Is Creatine On Its Own A Pre-Workout?

Thus, while creatine has its fair share of benefits when used pre-workout, it’s not as effective as the other chemicals that give the energy boost required to facilitate strenuous muscle exercise.

Besides, pre-workout supplements differ from Creatine regarding the residual time. The effect of Creatine is long-lasting, and the body can store the chemical for future use. But, the impact of most pre-workout is short-lived, lasting between 1-2 hours after taking.

The chemical is essential in dilating blood vessels and muscles, thus causing them less prone to fatigue. But, it adds little to boost muscle mass. Also, the supplements have L-citrulline, a chemical that significantly improves muscle skeletal muscle weight. But, unlike Creatine, L-citrulline lacks a long-term impact on body composition.

Hence, in a nutshell, the typical pre-workout supplements act as energy boosters and also cause temporary muscle enlargement. On the other hand, Creatine supplementation over an extensive period boosts muscular strength and lean muscle mass.

3. Can you take Creatine on Rest Days

Do you feel like supplementing with Creatine even during your rest days? Do it as it will still be beneficial by ensuring that your body has a high amount of the chemical.

Also, remember that it’s imperative to keep replenishing our body’s Creatine reserves. Thus, taking it before ensures that your muscles have enough to use during your next workout session.

In a nutshell, we’ve found out that taking Creatine after a workout will deliver optimal results compared to taking it before or during the workout session. But for the best outcome in enhancing the body’s lean muscle mass, combining it with a resistance training program is imperative.

Besides, taking it with carbs or proteins post-workout will boost its effectiveness. Still, you may take Creatine Pre-Workout or during the workout, which will be effective. Of cardinal importance is ensuring that you take it consistently for the best outcome in the long run. 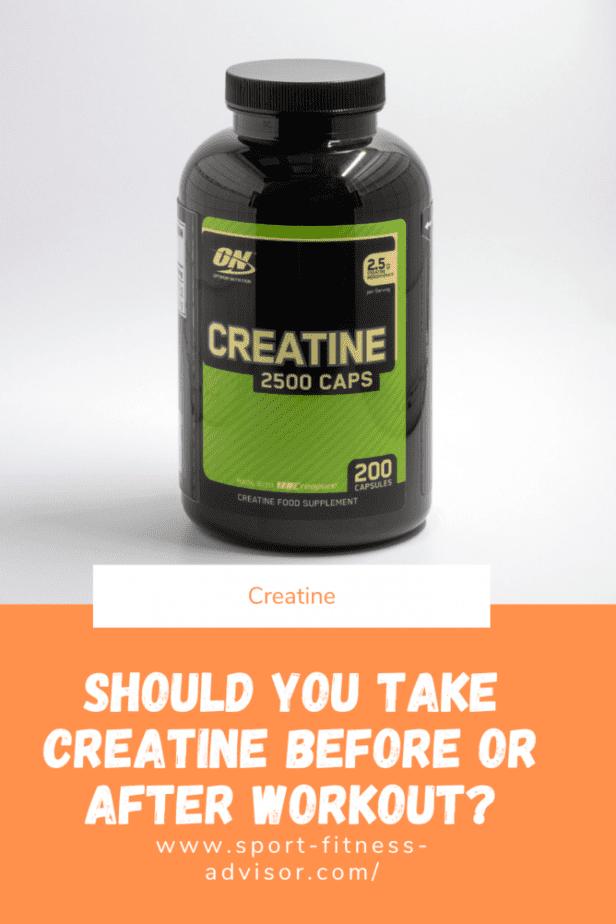 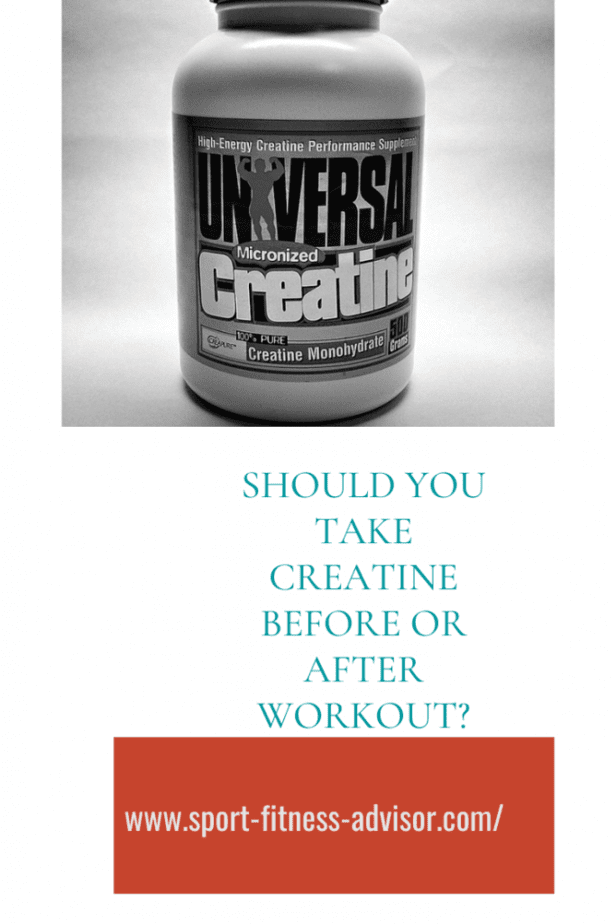